Another year passed, another opportunity to try and erase or at least contain the damage. Hysterically, I started drafting this blog at the end of 2008…so much for the resolution to become an Uber blogger! But hey, this is officially my 50th post–woot!! Anyway, here are my top 5 Resolutions (whose got time or energy for 10)? END_OF_DOCUMENT_TOKEN_TO_BE_REPLACED

Okay, I’ll admit it, I was one of those people that bounced back pretty fast after childbirth (sorry). But then I went back to work and something happened, I somehow managed to gain 10 lbs of “flashback” baby weight. Call it a sad rationalization for slowly becoming part of the obesity movement (I mean epidemic), but I’m going to embrace those 10lbs dammit and here’s why…

So it’s Remembrance Day in Canada (and my husband’s birthday). But since the closest I’ve been to combat is a relative that dropped out of Royal Military College, I’m turning this into a memorial about “the time before.” As in “the tim

e before I had kids.” Don’t get me wrong, I love
my kids and would never, ever wish to “undo” this. But there are certain elements of my life I do look back on fondly…sigh. I spent 6 days this summer entirely kid-free (the first time in 8 years), and it was truly a revelation…Here’s my top 5 list: END_OF_DOCUMENT_TOKEN_TO_BE_REPLACED

I’ve always considered myself a pretty relaxed mom in that I’ve let my boys explore the world fairly uninhibited (only leashed them for about 2 weeks during the height of the “bolting for the street phase.”). But as my third boy approaches the “into everything in sight” stage, I’ve noticed I’m starting to really let my standards slide–how else is he going to learn??? You’re probably on your third boy if:

5) You’re relieved to discover that Retin A is okay while breastfeeding.

4) You talk about your baby’s puke, the insanity that is your life and how you want to strangle your husband via a phone conversation vs. texting.

3) You hope other people chalk up your fatigued look to the baby and not to age!

2) Regardless of how many times you throw the baby over your head your triceps are still saggy.

1) The baby pinches your neck “waddle” while feeding (and you actually know what a waddle is because you were a huge fan of Ally McBeal in the 90s!).

So did the ultrasound last week. A few things have changed in the last 3 and a half years. Namely, ultrasound techs are afraid to disclose ANY info, including the sex of the baby. After 30 minutes of measures and picture taking she let my husband come in to the room. “I can’t tell you the sex of the baby, but I can leave the picture on the screen so you can figure it out.”

Sigh. Right then and there I knew it was another boy (we already have two). Mother of THREE boys? And there it w 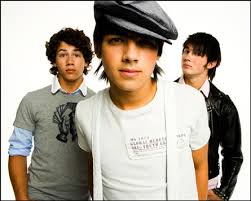 as, sticking out like a    pencil tip–a penis! Can’t say I was surprised, but my husband, convinced it was a girl was in utter shock.

END_OF_DOCUMENT_TOKEN_TO_BE_REPLACED

My God, it’s hard to believe it has been so long since I’ve posted. Having a second baby really threw me for a long, unexpected, exhausting loop! As if there weren’t enough excuses, I thought coming up with more might be helpful not just for me, but for new mom’s everywhere, looking for new ways to rationalize a lax attitude, so here goes. (forgive me, I’m a little rusty).

1) Between diapers and potty training there’s just literally too much shit to deal with in a day.

2) My 2 1/2 year old reconfigured the laptop and I couldn’t figure out how to unlock his parental controls.

3) I was too busy every day preparing every single recipe from the “Wok with Yan” cookbook and blogging about it.

4) I was too bummed by the fact that that Julia chick stole my idea, and got a movie deal out of it just because “Julie & Julia” is catchier than “Pam and Yan.”

5) I didn’t want to steal Brad and Angelina’s thunder re. the twins.

6) I was too busy reading the one (yes, count ’em) ONE book that I’ve been reading for the last YEAR. (It’s called the Birth House, and although a great book, am not able to read more than 2 pages without falling asleep).

7) Keeping up my 6-pack abs takes several hours at the gym every day and I’m too exhausted when I get home.

8) I was just too well-rested and didn’t want to ruin my uniterrupted sleep with a late-night blog.

9) Entering my babies in weekend pagents, sewing cowboy costumes for them and winning “Grand Supremes” takes up a lot of time!

Okay, so my blog has kind of fallen off the radar. Partly because I’ve been working at a new gig, partly because I’m preggars again and haven’t had the energy.  Anyway being 3 weeks away from popping out  another baby, I figured I’d make another last-ditch effort to get back in the blogosphere before I go back into the trenches.

Why Being Knocked Up Again Sucks:

1) Everything hangs just a little lower the second time around.

2)You’re two-year-old keeps requesting that you “open this” while pulling up your shirt in public to try and expose your belly.

3) The first pregnancy was all about YOU. The second is about changing green and purple poo while trying not to hurl, doing 5 loads of laundry daily and dragging your expanded belly and ass around a playground as you consider  who will pick you up off the ground when you pass out.

4) If you thought one child meant no action…

5) As the due date looms, you start having flashbacks to your first labour.

6) You literally walk around “barefoot and pregnant” because you can’t bend over to put on your shoes.

7) Your breasts have finally become your own and now you realize someone is going to take them away again.

8)  You’ve accepted that spittle will continue to be a fashion accessory for the next two years.

9) Having had a “dream baby” the first time around, you fully expect to give birth to a colicky “spawn of Satan” for round two.

10) You realize that your “cool” music collection will be taken over by the likes of the Doodlebops, Raffi, and The Backyardigans.

Okay, so I must admit. I actually used to kinda like Dr. Phil. But that slowly started to chip away when he a) brought anti-Iraq war activists on (at the start of the war) and told them they were unpatriotic and b) apparently threatened to walk away from a sold out live presentation because (or so the story goes), he was not provided with a hair dryer (how ironic is this) as stipulated in his contract. The straw that broke the camel’s back was the “I slept with your sister” episode. Anyway, Jerry Springer is starting to look a whole lot better these days for a bunch of reasons…

Well I know it’s a little late for resolutions, but I swear, I’ve been thinking about writing them since December 26th!  Anyway, I’ll skip the lame excuses and get down to business. My resolutions for 2008:

Was watching ‘Little Mosque on the Prarie’ this evening after putting the baby down and spotted a couple of actors I worked with on a show. You see before I became a blogger extraordinaire and a communications ‘guru’ (I’m being ironic here folks), I studied and, upon graduation, temporarily worked in theatre (as an actor, director and stage manager). Needless to say, I got really tired of the poor life and being a brutal waitress, decided to get out.

But that little TV show got me thinking about the four years of training/studying I did and how I still use these skills in relation to motherhood:

Heard about the whole facebook and breastfeeding kafuffle http://www.thestar.com/article/255628and and have got to say–bravo to the uptight right! You’ve now made eating a sin! In the spirit of this wise and well-thought-out decision, I believe pictures of the following should also be banned:

1) All 50-something, overweight hairy European men wearing Speedo racers–I mean seriously, doesn’t this make every woman want to slather themselves in anti-bacterial gel?

2) Shots of Toronto’s CN Tower–it is after all, the world’s largest phallic symbol.

3) A woman sipping a $5 coffee from that famous American chain–otherwise known as the “mother’s milk” of a generation.

4) Ultimate fighting on YouTube: I know my husband’s addicted and the homo-eroticism of all those sweaty men rolling around is simply blasphemous.

5) Donuts coated in icing sugar–as children exposed to this kind of lurid food may, later in life develop a cocaine addiction.

6) Milk in general: I mean really, doesn’t it just take you back to that obscene breast of mama?

7) Hot, cheap designer shoes on eBay–which may cause women to orgasmically cry out, “oh yeah baby!”

8) Super baggy rap star pants belted low to reveal boxers–okay, I really believe these should be banned. Why? The part I find offensive is that this rapper “trend” has lasted at least 15 years. Boys, it’s time to move on to another ridiculous look please. Perhaps, walking around with one shoe or pairing these pants with a Speedo…

9) All retractable, domed stadiums–naturally, this conjures up images of the cervix dilating during that horrible, pornographic process known as childbirth.

10) Any photos or info regarding Britney Spears (okay, she’s one mama I actually hope is NOT still breastfeeding. Think of what that milk must contain…)

Okay, I’ve got to admit it: saying another baby is cute is like a Nike ad–you just do it. You HAVE to say the obligatory “what a cutie” and “how many months?” even if you think the baby looks like a Cabbage Patch Kid on acid. Truth be told, most of us are thinking “cute baby, but not as cute as my baby.” It’s nature’s way of making sure you don’t pitch the kid out the window when he has a complete and utter meltdown at 3am.

2) “I don’t know why he’s crying when he’s usually so good.”
Read: the only time the baby shuts up is when he’s chomping down on a boob or in the bath.

3) “I’ll just have half a glass of wine since I’m breastfeeding”
Truth: okay, so maybe you end up drinking 8 half glasses–so what?

4) Yeah, my husband took the baby last night to give me a break.
Reality: I screeched at my man to “take the damn baby now or else I’m jumping out the bedroom window!”

5) I think the little guy is teething
Read: the neighbours called the police because they thought we were operating a poultry slaughterhouse out of our apartment.

6) Wow, he’s got a really unique cry.
Read: thank God my baby doesn’t sound like a chicken being slaughtered.

7) You know the pediatric society now recommends breastfeeding until at least 2 years old ?
Truth: you know if you stop breastfeeding, those french fries and chocolate cake you scarfed down at breakfast will go straight to your hips.

8) I religiously give my baby Vitamin D.
Fact: your baby is 10 months old and is still on the first 5ml bottle of the stuff.

9) “She just flung herself off of the bed!”
Truth: You were “resting your eyes” while your little gymnast decided to try out pillow vaulting as a new hobby.

EXPLORING ONTARIO BY STAND UP PADDLEBOARD

It's a site about improv!

A blog full of humorous and poignant observations.

My place to talk about my family, my life, and maybe some other stuff too

exploring neighborhoods in Toronto and beyond

...because parenting is a dirty rotten job and laughing about it is sometimes the only thing that helps.

WordPress.com is the best place for your personal blog or business site.